Concorde. The beast that hung in the sky, glinting metal and defying earthly shackles with its supersonic pace. I never got to fly on Concorde although I was close to it several times at Farnborough Air Show where the aircraft took off and landed metres away. You could weep with its beauty.

As a young lawyer at Clifford Chance, occasionally you’d see Concorde tickets on a partner’s desk. There were rumours of clients staying ahead of the sunset by travelling with Concorde’s unique speed.

At home, when the sky started roaring, the children and I ran outdoors into our Clapham garden, tilting our heads upwards looking for the majestic bird travelling at 1350 mph, more than twice the speed of sound. We played a game of who could see it first. The trick was to look ahead of its noise, about 35 degrees to the right, to spot it. Concorde arced over London in its trail blaze to Heathrow. I bet all over the capital there were families like us awed by its phenomenon.

While working at Airbus in Toulouse, France I had the incredible honour of meeting leading test pilot Brian Trubshaw, CBE, MVO (29 January 1924 – 25 March 2001). Brian was the first British pilot to fly Concorde, in April 1969. A humble and lovely man.

Here are the Brunch, wine and bar menus from Concorde. Which would you choose?

Click on the images to enlarge them. Happy dreaming. 🙂

Here are the wine and bar menus: 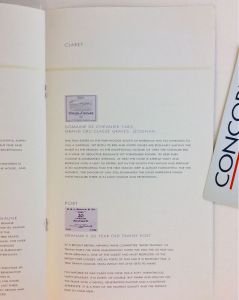 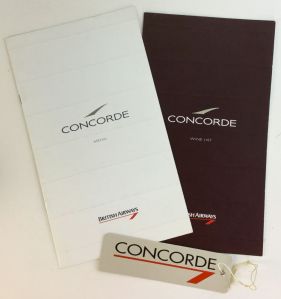 This exciting funding structure stacks up to blow double dips and structured debt out of the water. It is as close as you’ll get to poetry in motion, legally speaking.

This structure comes from impoverished villagers in Guatemala seeking to lift their lives away from the daily grind of tired survival into a place where life has a future. Trading out of poverty is the only possibility. This seems to be impossible because the villagers do not have a cent to spare to invest in making something to sell. All their money is used for food and that is still not enough. The villagers are so poor they only half function due to lack of nourishment. A lump sum is essential to break this cycle. The sum can be invested in something like a weaving machine, a cooker, seeds, chickens. Then the villagers can weave, bake, grow or sell eggs and lift themselves out of poverty, without dying of hunger first.

Finding a lump sum looks like a gigantum task, doesn’t it?

The villagers devised this funding structure:

A group of twelve villagers get together.

This stacks up to a significant lump sum, enough to buy an oven, a weaving machine, chickens etc.

Every month one of the group of twelve is given that lump sum. This is repeated until the end of the year when every member of the structure has received a lump sum of $120* and contributed to every other group member getting a lump sum, too.

The villagers have transformed their lives. For example, one girl purchased a weaving machine and is now saving up to complete her education and then qualify as a nurse.

No fees, no commissions, no security, and no interest rates. Humbling isn’t it?

This structure is not one I have worked on and never will because the only people this structure needs are mutual donors.

This structure could be used in western communities too. I think we are ready for it as mass public funding sites like Crowdfunder, PledgeMusic and their surfeit of digital bedfellows tell us. Humanity wants to reach out and help others.

I came across this structure in an American Film ‘Living on One Dollar’ in which two young economic students immerse themselves in rural Guatemala surviving on a dollar a day as the villagers do. 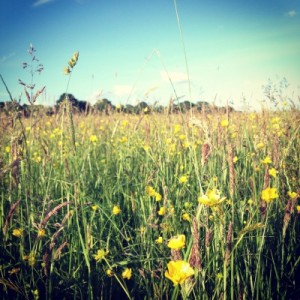 *theoretical figures to explain the structure

Are you a parent of a student? If yes, read this.

If your child is off to university in the next week or so, will they be staying in accommodation supported by a parent’s guarantee?

In theory, a guarantor (the parent) is called upon to make payments to the landlord if the student (the tenant) fails to do so. I have noticed a worrying trend in such documentation for extreme and unfair terms.

Below is an example, taken from a guarantee I was expected to sign in support of one of my children who was entering halls of residence at a university, which will not be named. For now.

This guarantee seeks to put the guarantor (me) on the hook for paying my child’s rent if he does not, as well as an unreasonable and long list of other obligations. The crowning glory in this particular document is that

“The liability of the Guarantor [ i.e. the parent] shall not be affected by:

the Tenant [ i.e. your child] dying or becoming incapable of managing its affairs.”

Yes, that’s right. If my child dies the landlord still gets paid – for the whole year. This is grossly unfair. It is symptomatic of the greed of certain organisations benefiting from student financing. In this case, the corporate landlord which runs the university’s accommodation.

This is the tip of the documentation iceberg.

Ice cold and heavy handed pursuit of loan debt, unfair processes in the signing of documentation and a general desire to extract as much profit as possible out of my children’s further education are creating a frozen landscape of students’ futures.

In my view the loan arrangements are a political and legal time bomb with many issues including enforceability. It’s a meltdown waiting to happen.

I believe it is important that legal documents which seek to bind our children and us in the provision of their further education be fair. If they are not, they may well not work. Certainly the ones that I have seen would not bind anyone in law.

If you see a death clause like the one above. Do everyone a favour and put a big fat line through it before you sign the document, if you sign it that is.

Here is a film of me doing that: https://www.youtube.com/watch?v=QG_lC-Oe2C0&feature=youtu.be

I’ll be looking at this and more in Legal and Important.

I took the redundant kitchen shelves and empty cupboards to the dump.

“Which container for wood, please?” Winding down the car window to the rain and summer ending air.
“Number five.” Said the skinny guy who always helps me with heavy stuff.
“Thank you.” Smiling.

Metal gapped stairs reached the container’s lip. Lugging the shabby shelves, it was a ten-step climb to the pulpit of refuse. I looked over the edge and into the container, empty and huge. A few random planks of wood dropped across the bottom did not disturb its frightening eeriness. The thick steel walls smelled impenetrable. They sank downwards twelve feet or so. This was a lidless trap. If you were in it your plight would be hopeless, like a spider in a bath. I gasped, grasped by clinging images of girls in frilly dresses facedown in the sand, young boys in trousers and tee shirts, dead eyes directed to the stars, lying in white wave froth. Just two dead people. Seventy-one had been trapped in a container like this except it had a lid. Knowing their breaths were their last, having only the comfort of humanity’s love for each other in the closeness of dark. Sitting, dying ducks. I gagged on pain not mine to endure. Those poor, poor people, all dead for evermore.

I threw my shelves in. They fell to the bottom cracking their backs, still flat. Descending to ground, I saw the nice guy dismantling a cupboard for me. Choked up by the wasted life I mistook his kindness for kindred spirit,

“It’s so awful” I said, “looking over the edge and thinking of all those refugees trapped inside.”
“They paid for it.” He said, as if they had chosen death.

His inhumanity smote me with despair.

Let us remind ourselves of some old wisdom as we search for solutions to humanity’s problems. 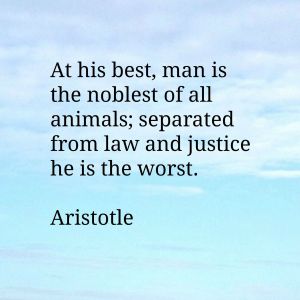 As you’d expect, I have a huge softspot for Clifford Chance. They’ve been leading the legal pack for years. I rejoiced to read in The Lawyer that Clifford Chance too are embracing home working. Obviously its not entirely altruistic as the rent saves alone are massive. But I think that’s immaterial because the benefits to mankind of people being able to work at home are huge. Think of the psychological implications on the family and children – all those extra hours that they will have to tell their loved ones how special and beautiful they are every day. Here is three cheers for Clifford Chance. Hip hip hurray X 3.

Read all about it in the Lawyer here: http://www.thelawyer.com/exclusive-clifford-chances-london-office-set-to-embrace-agile-working/3037842.article

The BBC has reported that award winning US outfit Scott and Scott is bringing action against up to 12 UK banks. The action is due to be launched this autumn and includes HSBC, the Royal Bank of Scotland, Barclays and US banks JP Morgan and Citigroup.
Scott and Scott specialise in fraud. The BBC wrote about this here: Read BBC feature here More dark clouds are gathering for these big names in banking. Yep, should have kept it clean, chaps.

This is my very first post on WordPress. This site has been started so that I can reach out to the world about legal matters which are important to people. I aim to support, comment and entertain non lawyers (and other lawyers too).

I am an experienced UK 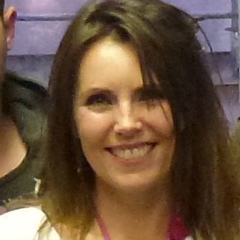 lawyer and wish to put my expertise to good worldly use. I hope you stay for the ride. Thanks!